We use cookies to enhance your browsing experience, serve personalized ads or content, and analyze our traffic. By clicking "Accept All", you consent to our use of cookies.
Back to Blog 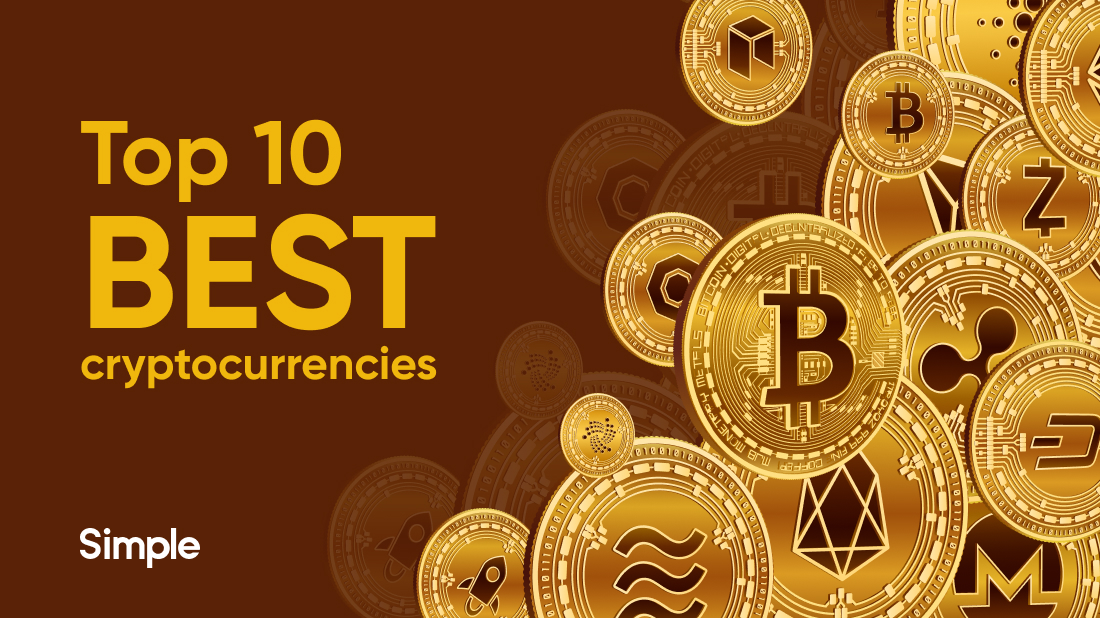 Many investors attempt to find the new Bitcoin among thousands of cryptocurrencies constantly appearing. Unfortunately, while seeking massive gains, most lose. It has been proven repeatedly that the safer and more profitable bet, in the long run, are coins that have solid fundamentals and have had the time to prove themself. This list selects the top 10 best cryptocurrencies primarily by their reliability and prospect of staying afloat in the coming years and keeping their leading position.

A number one spot, to no one's surprise. First of its kind, most known, widely adopted, scarce, and valuable. BTC has been created for one role only as a bankless, decentralized means to transact. And for more than ten years, it has delivered. Fast worldwide transactions with comparatively low fees led to wide adoption across all regions and demographics. The value of Bitcoin has been determined by its scarcity and decentralization. Having no overseeing authority that could restrict access to it or prohibit transfers, BTC is used by individuals, institutions, and countrywide. The buying support has shown strong demand at many price drops. BTC is and will remain for a long time at the top of the most reasonable crypto investment options.

Second to one. ETH is important because it is the foundation of an overwhelming majority of crypto infrastructure. It is a core building block for blockchain development, a completely different function from Bitcoin. Ethereum allows the creation and support of distributed applications and smart contracts without fraud, downtime, or third-party involvement. Creating a precedent of scaling layer 2 solutions, blockchains that extend from ETH and inherit its security guarantees. So much is built that way, decentralized apps, NFTs, DeFi, autonomous organizations (DAOs), and much more. The cherry on top is the development team; Vitalik Buterin is an outspoken person for the community. His team has been consistently improving and advancing the project. Most significantly, <The Merge> upgrade leading Ethereum to fuse with the proof-of-stake Beacon Chain, but more on that in a separate article.

A stablecoin, has a single distinct aspect - being equal to one US Dollar at all times. It is vital to have liquid assets on the blockchain to support a trade, emergency withdrawals, the ability to get into a position fast, and overall liquidity. Such a stablecoin is a massive asset to the entire crypto space, with enormous trading volumes; it facilitates the purchase of other coins on exchanges and can be used as collateral or for dual investing. USDC is the most trusted by traders and investors because it is fully backed by liquidity or US treasuries. The incident with Terra and the many doubts surrounding USDT have shown how important a fully backed and trusted stablecoin is.

Does often fly under the radar for several reasons. XRP has been far from its all-time high since 2018, its purpose is directed toward financial institutions rather than investors, and it has been around for more than ten years without much marketing or hype surrounding it. What made this project one of the top 10 best cryptocurrencies is how much support it gets from banks and other financial institutions. Ripple allows them to easily exchange value between multiple fiat currencies and improves the speed and cost of transferring money. As a significant part of the cross-border payment market, XRP is under close regulatory scrutiny forcing it to constantly improve anti-money laundering capabilities and stricter permissioning requirements. In the end, this only enhances the cryptocurrency and improves confidence in its longevity. With the added benefit of Ripple's on-demand liquidity solution, it is a valuable tool for bankers and a solid asset for investors.

Mainly acts as a bridge that allows the exchange of data or assets between parachains. Those "parachains" are user-created parallel networks to the main relay chain. This approach provides governance on the main layer and subsequent ones to work independently. Blockchain projects created within Polkadot can utilize the vast and well-developed infrastructure with proven security protocols. A grid of public and permissionless networks that aims to build a completely decentralized web. The founder of Polkadot, Dr. Gavin Wood, is one of the brightest minds in crypto. Began as co-founder and CTO of Ethereum and participated in the invention of Solidity blockchain programming language, Proof-of-Authority consensus, and Whisper P2P messaging.

Launches decentralized finance (DeFi) applications on their open and programmable smart contracts platform. The first that was built for the scale of global finance, with near-instant transaction finality. Allowing processing speeds far faster than any other existing decentralized blockchain network. Avalanche has many advantages that enable it to be in the top 10 best cryptocurrencies and support its goal to become a global asset exchange, the premiere scaling solution for Web3 dApps. Implementing subnets permits infinitely scaled transaction throughput without hindering immediate finality. The native token, AVAX, is hard-capped, used for security through staking, payment of fees, and accounting unit between the subnets.

As a layer 2 of Ethereum, Polygon is exceptionally easy to use when creating a new crypto token, NFTs, or a decentralized application. Chosen by the Simple.app to launch the SIMPL token. Their innovative approach to speed up and scale operations allows blockchain apps to develop faster, better-grade transaction processing. Building a token is a streamlined process with widely adopted programming languages and security basis from Ether amplified by Polygon. The Matic contract operates closely to ETH and can easily bridge any ERC-20 token. The utility is constantly strengthened by implementing new solutions such as Zero-Knowledge rollups for smart contracts and blockchain improvements with EVM sidechains, Supernets, and data Avail.

Famously called "The internet of blockchains" an ingenious Inter-Blockchain Communication (IBC) protocol creates an environment for blockchains to function autonomously but stay interconnected. The difference is in the approach; instead of sidechains adding throughput to increase the base layer capability, on Cosmos, they would be connected by sovereign blockchains under their management. With ATOM, the native token, anyone can create socialization networks, exchanges, marketplaces, or games. Allowing free flow of information, avoiding third-party fees, approvals, or restrictions, it is a paradise for a decentralized and permissionless global exchange of information or value.

Functions as an Oracle - the path blockchains take to communicate with external resources independently. An inherent limitation that most blockchain networks face is that they can only operate within the crypto space. Chainlink aims to solve this by providing services to exchange data between existing smart contracts and off-chain resources. Data feeds from market prices to weather forecasts; verifiable random function (VRF) tamper-proof cryptographically secure randomness source; Keepers Network automation bots providing trust-minimized decentralized execution and efficiency; proof of reserve for assets used as collateral outside of crypto.

Offers a platform for participants to borrow or supply funds. Operating as a decentralized non-custodial liquidity protocol. Lenders earn interest on the cryptocurrency that is deposited in a pool contract from which funds can be borrowed with sufficient collateral. The interest varies based on the proportion of funds deposited, if more liquidity is supplied, the rates for borrowers decrease, lenders get less interest, and vice versa. Aave interest-bearing tokens are minted on deposit and burned when redeemed. They are used for governance of the blockchain that allows all participants to submit ideas for improving the platform. The project maintains its top position among the competition by constantly introducing new features and strongly settles for a position in the top 10 best cryptocurrencies. Stable or variable rate loans, uncollateralized flash loans are secured and maintained automatically to ensure a fair and trusted distribution of assets to participants.

An essential benefit of investing in reliable projects is the piece of mind during downturns. Many settle for realized losses during even small market falters due to stress and panic. When your funds are invested in well-researched and reliable projects, it adds a solid personal foundation of trust. Knowing that the project will be there after even the longest bear market and not only survive but maintain the leading position. Being at the top of trading volume or market capitalization doesn't make cryptocurrency a good investment. Occupying a niche in performing a specific function well, or being the best in this ultra-competitive market requires constant advancement of security standards and the addition of services to expand is mandatory for a project to survive and grow. The top 10 best cryptocurrencies listed here have shown over the years that they are capable of doing that and focus on maintaining their position.

Crypto Guides
A beginner’s guide on how to invest in cryptocurrency
It has been over 14 years since the invention of Bitcoin! Blockchain is hardly a novelty, crypto has evolved so far now. But it’s never late for technology of such scale.

Crypto Guides
Opening a wallet – the first step to cryptocurrency investment
Creating a wallet to store and manage your cryptocurrencies is one of the most significant steps of investing. It is important to understand the available and best options. 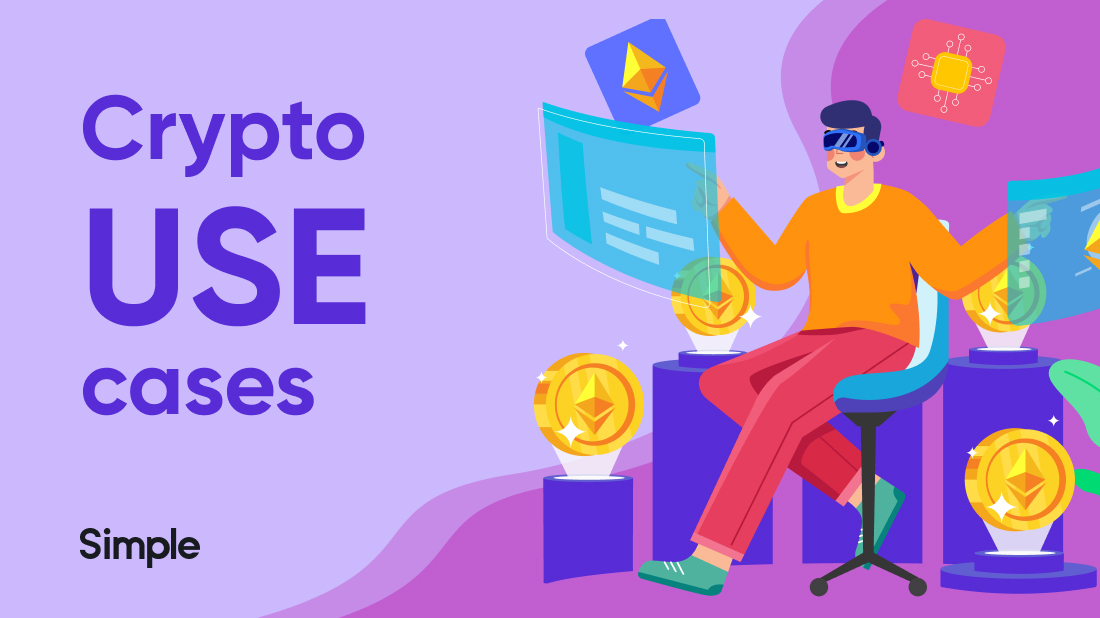 Crypto Guides
Crypto use cases
Bitcoin was made for a single purpose – as a worldwide peer-to-peer payment network. In recent years cryptocurrencies have evolved and offer so much more. So here is how to use crypto in the real world. 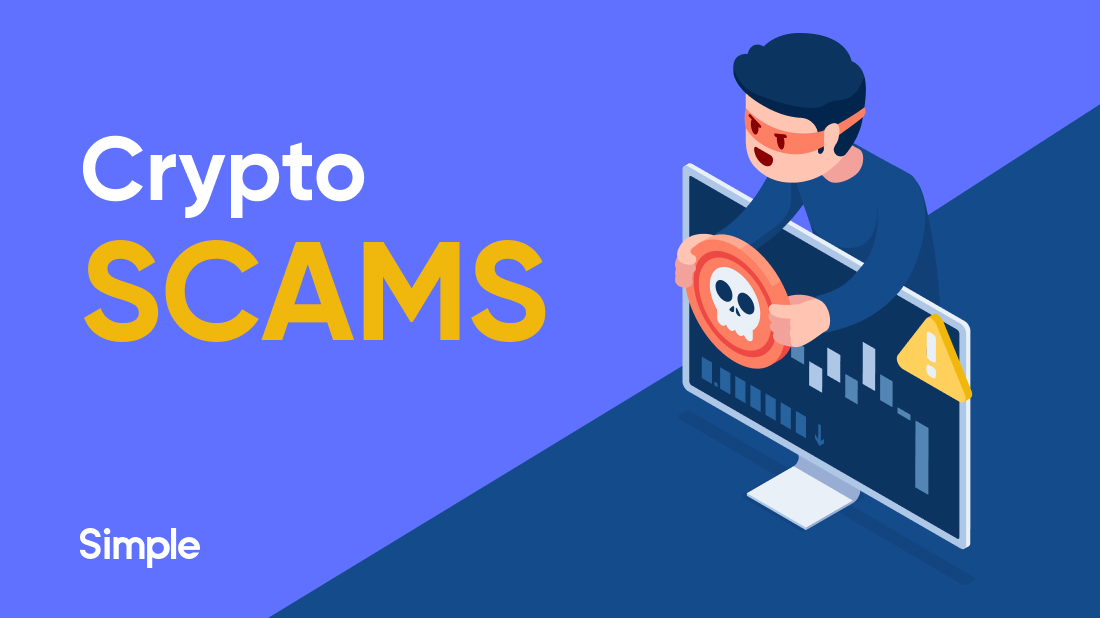 Crypto Guides
Crypto scams – the worst part about crypto
The industry is new, and people are being taken advantage of behind every corner. So, let’s be prepared and know how to avoid crypto scams and save your hard-earned crypto. 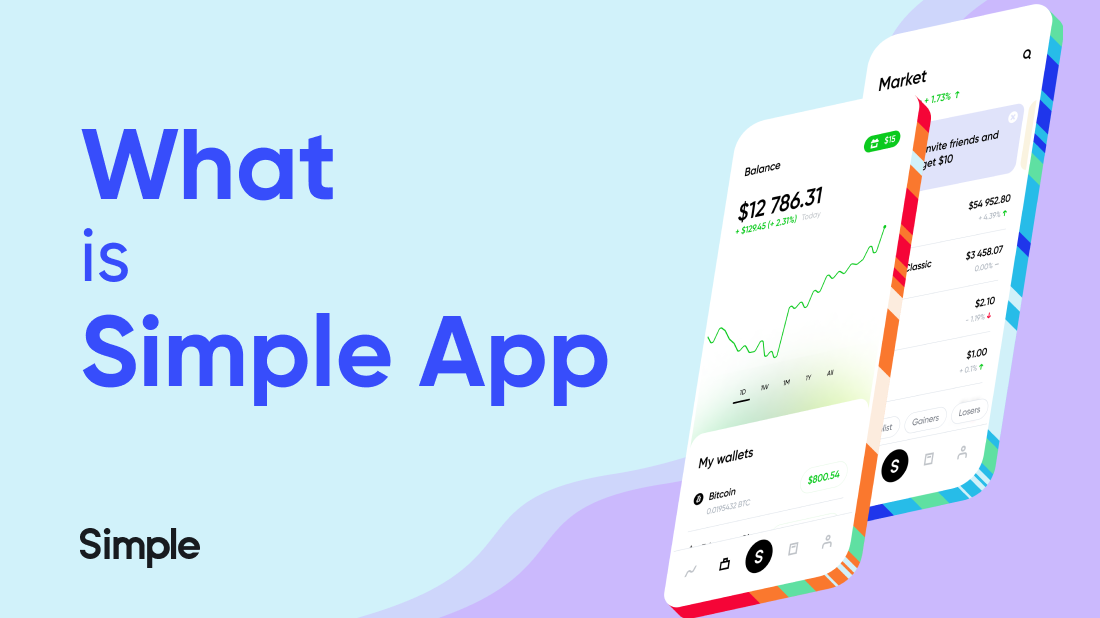 Crypto Guides
What is Simple?
Hi! Welcome to Simple crypto. Innovative solutions that allow your opportunities to shine. A Regulated and Secure place to buy and learn about cryptocurrencies. 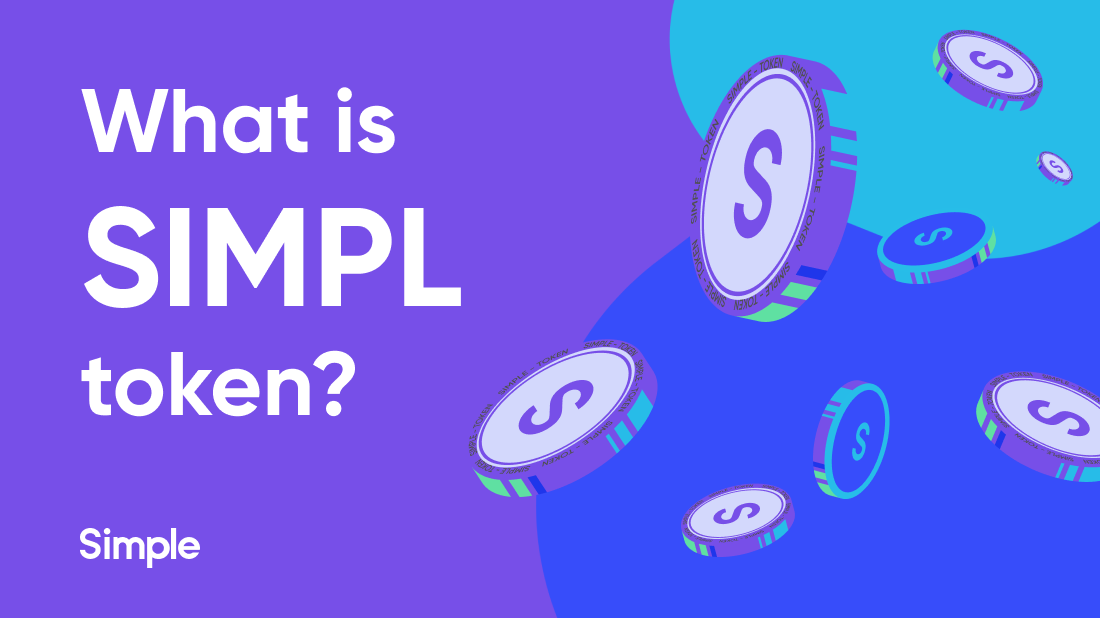 Crypto Guides
What is SIMPL token?
The Simple app is constantly improving, releasing new features, and offering new services. Introducing the SIMPL token that takes our product to a whole new level.

Join the people who are already making money with Simple